This week I didn't know what to make for my lunches. I lost my appetite a bit over some stress lately and I just didn't feel like making anything, I was grocery shopping just to pick up the basic things - milk, orange juice, cereal, eggs, etc. Then, while walking by the meat section, I saw a freezer full of meat sliced especially for Chinese fondue and I thought "Hmm, that would be good in a sandwich." Then it hit me. It's almost exactly the same as what they use in Italian subs at some of the greasy spoons around town such as George le Roi du Sous-Marin (which means George the king of the sub in case you didn't notice). The thought of those deliciously oily savoury meaty sandwiches had me convinced, I was eating Italian subs for my lunches this week. Also, they're simple and super easy to make when you don't really feel like cooking much. So here's what you need. 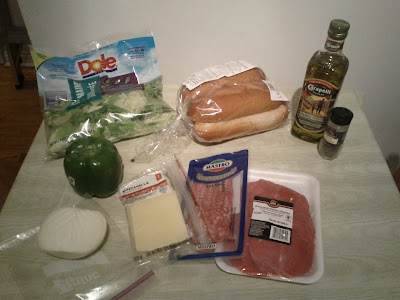 If you want you can add some sliced tomatoes and mushrooms in there as well, especially if SOME of you HATE peppers. (^_-)-☆ Also, spicy marinated eggplants are delicious in there. But, I wanted to keep it simple. Besides, in my personal opinion, the tomatoes and marinated eggplants make the bread all wet and soggy and that grosses me out. Wet bread? Pfft! Get outta here!


First, you have to cut your vegetables. Don't chop them finely or in cubes because they will be falling out of your sandwiches and get all over the place. Slice them in long strips instead. If using tomatoes, slice them and cut the slices in half. 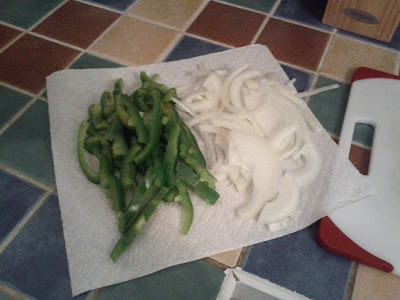 Dang! Had I bought tomatoes, I could've done the Italian flag!

The next step is to fry those veggies in oil and make sure they get all soft and caramelized. Heat a large pan on medium-low heat and add about a tablespoon of olive oil. Then throw in the green peppers and fry until soft, then set aside. 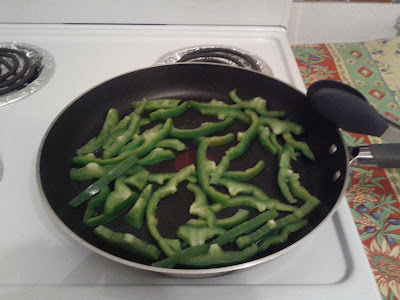 Repeat the process with the onions until they become golden and transparent. 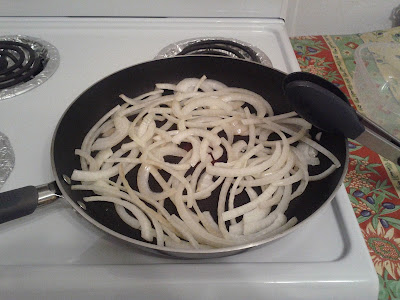 Next comes the meat. Before you cook it, I just want to warn you that because the slices are very thin, they cook very VERY quickly. So, keep the pan on medium-low heat and lay the slices down in the pan and flip them as soon as one side is cooked  and put aside. 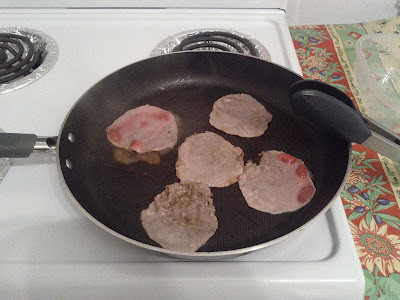 Do the same for the Genoa salami, but here's another warning. Because salami is very fat, your pan might smoke a bit. Be sure your fan is turned on above your stove. If you don't have one, open a window and blow the smoke out with a fan or something. 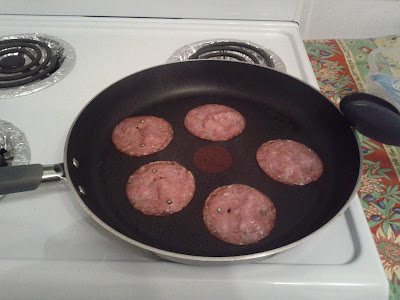 Once everything is cooked you should have a nice plate with all the necessary ingredients to make your sandwiches. 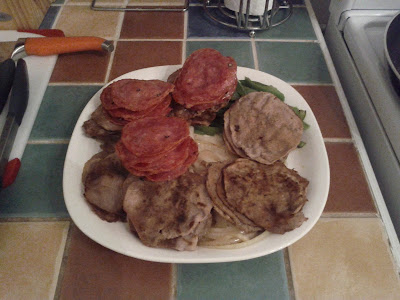 Now, preheat your over to 350 degrees Fahrenheit. If you have a small toaster over, use that. It's even better! In the meantime, prepare yourself a sandwich with the slices of beef, salami, onions and peppers. (And tomatoes if you're using them.) Sprinkle some Italian herbs on top and add some cheese. Don't put the lettuce yet. 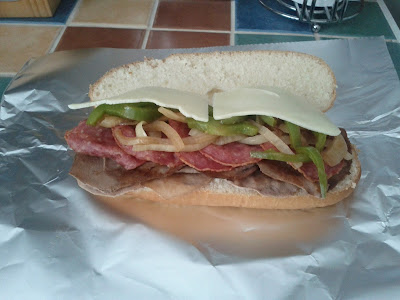 Pop that in the oven until the bread is toasted and the cheese is all melted. When it comes out, add the lettuce and a drizzle of olive oil and balsamic vinegar or whatever dressing you'd like. And there you have a most tasty Italian sub. Quiznos, eat your fucking heart out. 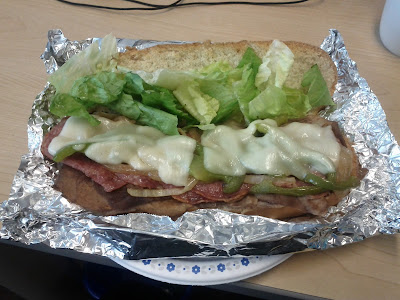