During my last post I found a website with an article about hacking instant ramen into a real complete meal. Let's face it. Noodles and chicken flavoured broth may be fine for a teenager or a starving student, but it ain't enough to feed a real man. A real man needs protein. That brain muscle won't develop itself. So I had to take it up a notch.

I was checking out Youtube for other ideas on how to hack instant ramen and I came across a nice old dad who was demonstrating how to make one if his son's favourite meals: instant ramen egg drop soup. That gave me an idea. I know that in some ramen recipes they put vegetables like peas, beans, mushrooms or corn. Topping the soup with green onions and sesame seeds is also very common. So I put together an idea of a Japanese-style ramen egg-drop soup recipe in my head which will contain the protein and vegetables I need.

At home I had eggs and sesame seeds and of course packs of Sapporo Ichiban instant ramen (the best one in my honest opinion), but I needed other ingredients. Off to the supermarket I went and I bought some scallions, a pack of sliced mushrooms and a can of whole kernel corn for under 5$ and this will last me for many a ramen meal. 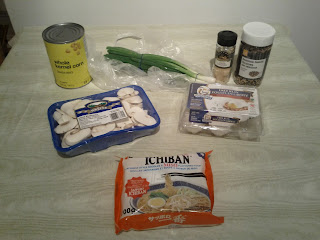 I ended up not using the powdered ginger after all.
But, I'm sure it would've tasted good.

Here are the proportions to make a single soup meal:

The first thing you want to do is rinse and chop your scallions like so: 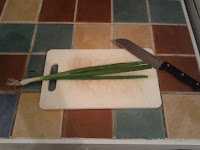 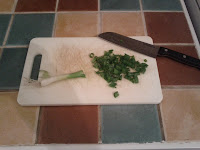 Set them aside for later as a topping.

Fill a pot with 2 cups of water. 2 cups is the magic amount for cooking a pack of instant ramen. And set the heat to high. 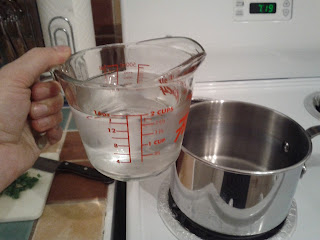 While you wait for it to start boiling, break 2 eggs into a bowl (don't beat them, the ramen gods do not tolerate violence), open up your pack of ramen, your pack of sliced mushrooms and your can of corn. Drain the corn if there's a lot of water. You will need to add the ingredients quickly while the ramen is cooking. 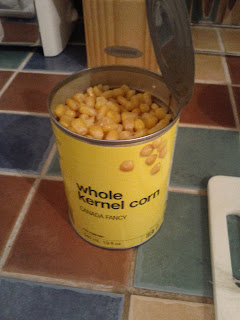 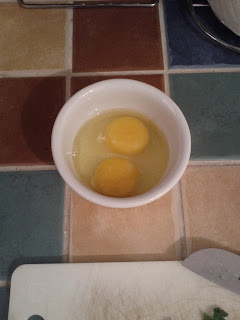 When the water starts to boil, set the timer to 3 minutes. 3 minutes is the magic timer number. Add your ramen noodles and start the time. After a minute stir the noodles to break them apart and mix them up. 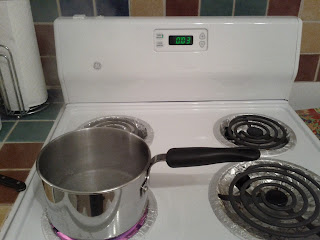 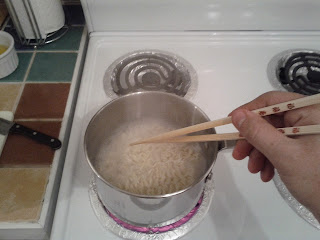 When the noodles are broken apart, add the flavoured powder and mix. 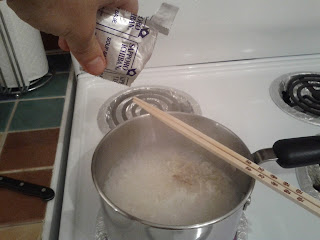 So far it's pretty easy, eh? Here's the fun part. Just EXACTLY when you have one minute left, just gently drop in the eggs into the soup. One yolk on one side of the pot and the second on the other. 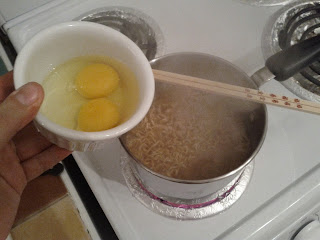 Then add a couple of tablespoons of corn, a handful of mushrooms and mix really gently so as to mot pop the yolk as much as possible. 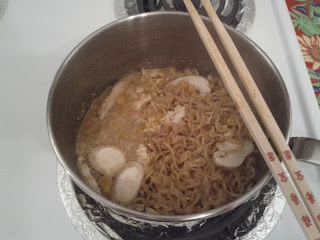 When the timer ends, turn off the heat. Take a big enough bowl and pour the soup in. Then sprinkle some sesame seeds and top with the scallions. Your delux ramen dinner is now ready! Enjoy! 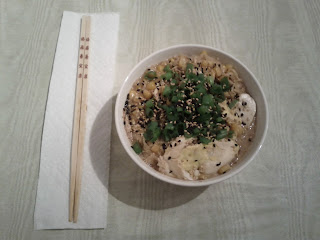 Would you look at that? 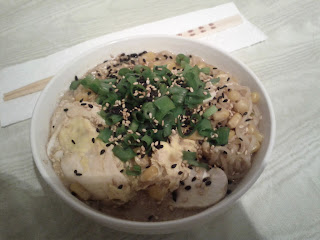 Who would've thought it would look so god damn beautiful! 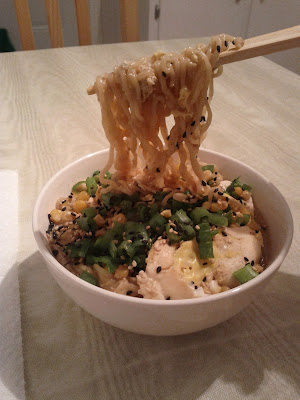 It doesn't even look like an instant soup!
I could've fooled myself! 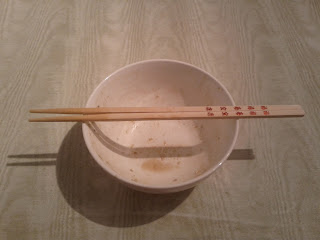 Aaaaahhh! Man, that was delicious!

That was so good! And so filling! I don't think I'll ever make instant ramen the same way ever again! Next time, I think I'll do it with some pork chops just for the hell of it!

EDIT:
Just as a reference, I found this blog called The Ramen Rater. They apparently have been rating instant ramen for over ten years! They are also chock full of instant ramen recipes for adding vegetables and proteins to instant ramen and make them amazing. Check them out!
Posted by Stephane at 20:57