So guess what? I found a new job! I'm starting this week! I'm basically going to be the head software dude at a company in Griffintown, close to my university. I'm pretty excited! The problem is though, the office is surrounded with pretty expensive bistros and cafés and I have been without a revenue for a month, so money's a bit tight. It's going to be best if I prepare myself some food for my lunches this week and it'll give me a chance to show off my cooking skills to my new boss!

To save some money, I will be cooking something using what I already have in my stock of dried foods - lentils and beans and rice and stuff. Though I'm not as enthusiastic about eating such things as I would be for, say, a hamburger, it's still pretty tasty, easy, filling and healthy. So, this week I made mujaddara. It's a simple middle-eastern comfort food made of rice, lentils and caramelized onions. According to Wikipedia, the name actually means smallpox and that's because the lentils in the rice make it look like it has smallpox. Thought that may sound a bit gross that a meal is named after a disease, it's quite delicious and easy to make. Though it is mainly just rice and lentils cooked in broth with caramelized onions, I decided to make mine out of some whole grain basmati rice and green split peas so I could finish my stock of dried food and added spiced to mine to make it a bit more flavourful. So here's my version of the mujaddara. 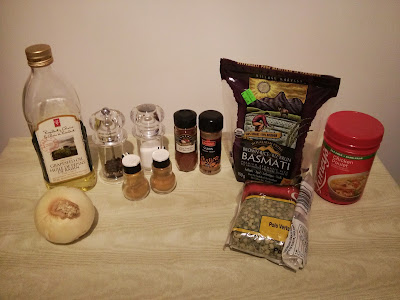 Depending on if you have a big enough stove you can caramelize the onions as you are cooking your rice and  lentils. It was not my case however because I have a small 2 foot wide stove and only one large burner. I decided to start with the rice and lentils first and then cook the onions.

In a large pot, pour 6 cups of chicken stock and bring to a boil on high heat. 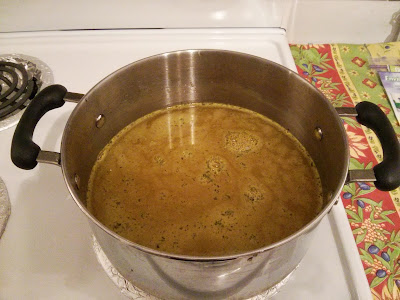 When the broth starts to boil heavily, add the lentils and turn down the heat to medium-low and let it simmer for about 15 minutes with the lid on. 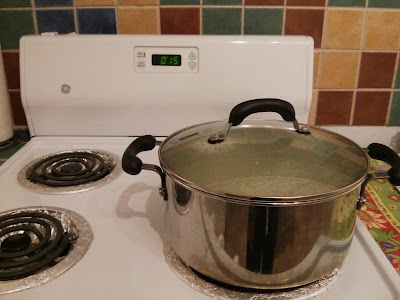 When the time is up, add the rice and cover. Let it cook until the broth is absorbed and the rice is fully cooked and soft. 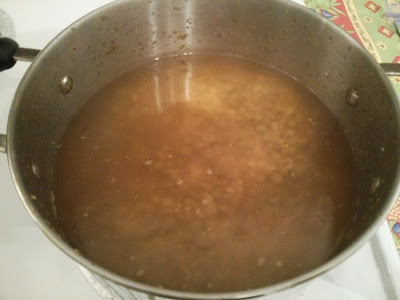 When the rice and lentils are close to done your pot should look like this. The rice should be just about ready and with a little bit of broth left. 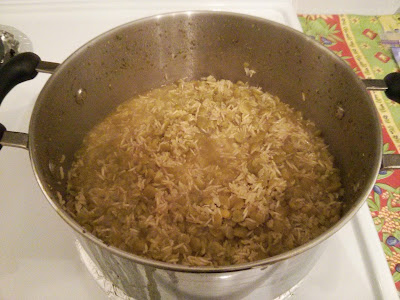 At this point add all the spices and mix thoroughly. Then cover and let simmer until the broth is gone and everything is fully cooked. 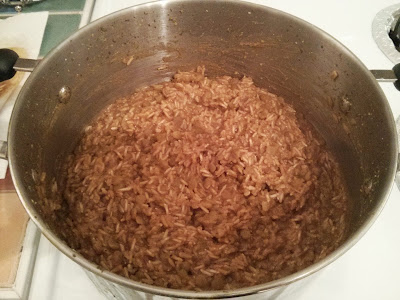 After that, remove from heat and transfer to a large bowl to cool down. Otherwise the rice and lentils will continue to cook with just the heat of the mix and the pot and everything will turn into mush. You want to avoid that.

Now, slice the onions in rings. 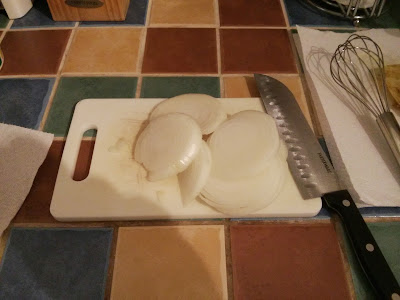 Pour about 2 tbs of grape seed oil in a pan and heat it up on medium heat. Then add the onions. 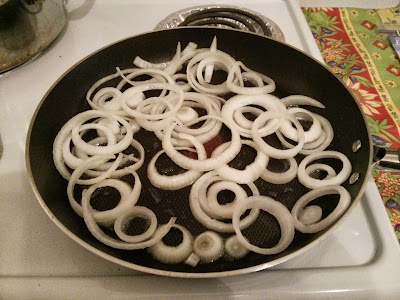 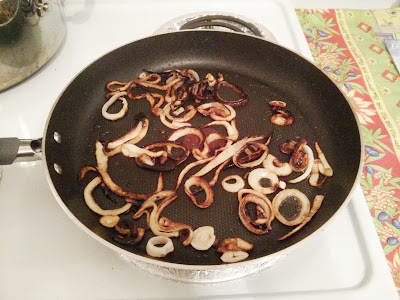 When they are cooked, transfer them to the rice and lentils and mix them through. Or you can just put them on top as a garnish. I mixed mine because I was going to use them for my lunches and it's all gonna get mixed up in my lunch box anyway.

Finally, just serve in a bowl with the onions as a garnish and a dollop of Mediterranean yogourt and enjoy! The yogourt really adds a nice touch and helps to calm down the spiciness a little bit. Delicious! 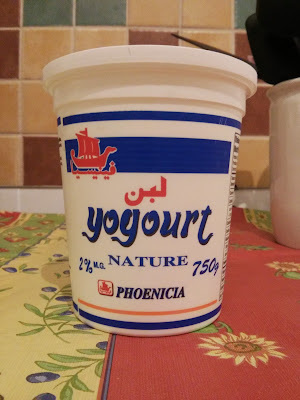 This is by far the best, most authentic yogourt you can buy in the grocery store. 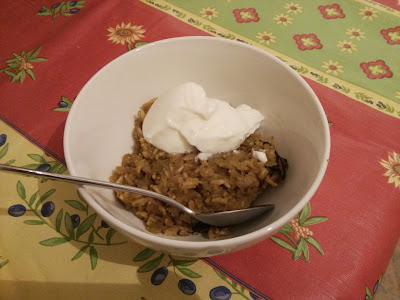