Remember when I made that vegetarian lentil curry? I made too much and ended up with some extra. I decided to freeze it for later. Well, I've been extra lazy these past couple of weeks, eating plain sandwiches for lunch and also a shit-ton of frozen leftover Chinese fried rice. So, I decided I was going to eat the curry now. Except, I realized I barely had enough to last me two days with a fresh batch of rice. So, in order to make at least 4 meals for the week, I decided I'd add some chicken. But, to accompany an Indian dish, I decided to spice it up in the same way. Which is why I made chicken tikka masala.

Tikka means chunks. Masala, I think, means spicy or is a name for a blend of spices. That's basically what this is. Chicken cut into chunks, marinated with a blend of spices. The recipe is basically like the chicken shish taouk that I made a while back. You combine yogurt, spices, garlic, ginger, tomato paste and lemon juice to make the marinade, marinate the chicken for an hour (it's best if you can leave it over night) and then put it on skewers and cook in the over for about 25-30 min. Here is the recipe in more details. 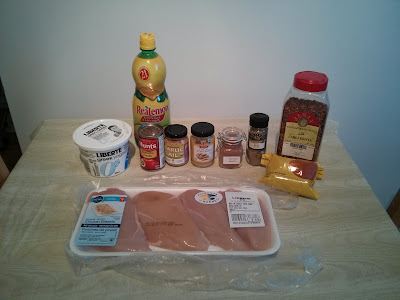 First, mix all the ingredients above (except the chicken) into a bowl and mix. 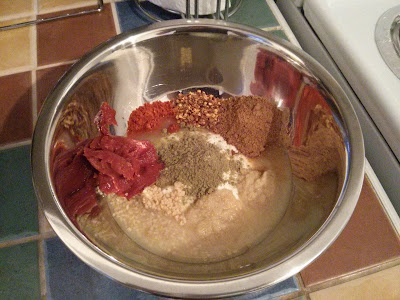 I had slightly too much lemon juice in mine. I corrected it above in the ingredients.

Whisk all that up into a nice uniform mixture. 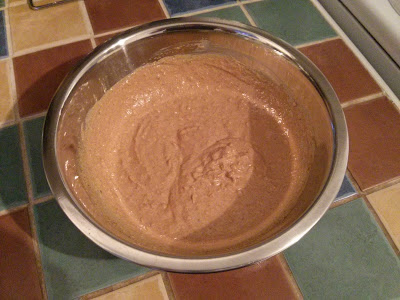 Cut your chicken breasts into cubes. 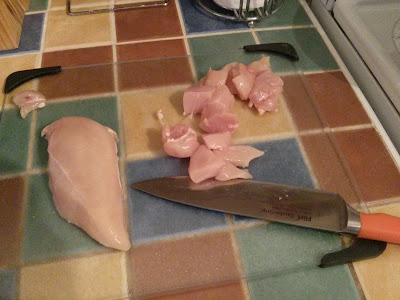 Dump the cubes into the marinade, cover with plastic cling wrap and refrigerate for an hour or a day, or whatever time you have available to do other stuff. 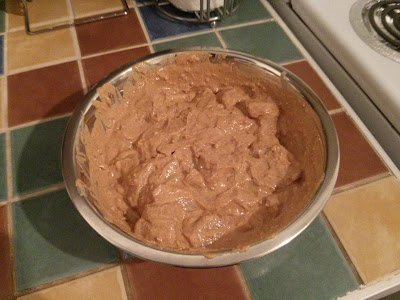 While the chicken was marinating, I made some extra basmati rice. Pretty much the same way I made it in my vegetarian lentil curry post. I added a few drops of rose water this time to make it a little perfumy. An hour later, I took out the chicken and skewered it, put it in a deep cooking dish and put it in the oven at 400 Fahrenheit, for about 30 mins, turning it over halfway at 15 minutes. 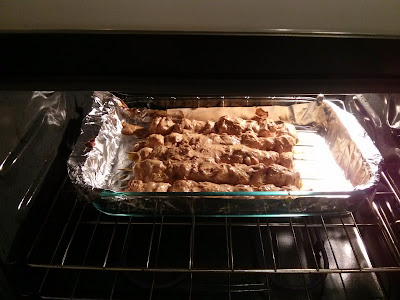 The chicken came out great! Along with the rice and lentil curry as a side dish, I'm going to be able to feed myself for another week with minimum effort! Yay! 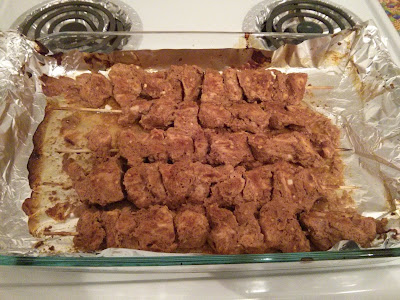