Flipping the bird to Subway, again

July of last year I got really angry at a Subway employee for not knowing how to prepare a regular tuna salad. So I ended up making my own. I haven't been to a Subway in a long time. The truth is, I've eaten there so many times, simply because it was the only cheap "healthy" option around between that, Tim Horton's and McDonald's, that I simply got sick of it. The very smell of the place, you know that weird yeast-y baked bread smell and overripe veggies, now triggers a true feeling of disgust in me. But, sometimes I can't help but crave a god damn southwest steak n cheese sub. It's their sauce. It's so god damn delicious. Yet, I still didn't want to go to one of their franchise and smell that horrible smell. So, I decided to make my own god damn southwest steak n cheese sub and flipped the bird to Subway once more. And if you like that sandwich too, I'll show you how to make one at home.

I went to the grocery store and got myself most of the same ingredients that they use at Subway. Bread, meat, cheese, veggies, sauce, etc. That's right, you can get the "same" spicy chipotle sauce at the grocery store. Ok, it's not quite the same. I think the subway one has more sugar in it. I'm pretty sure it tastes sweeter, which is probably why it's so god damn addictive. 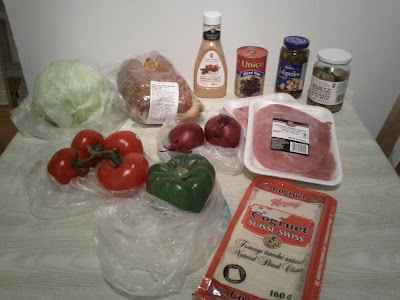 First, take apart the lettuce. To do this, just turn it upside down and press down on the core so the leaves break off and you can pull it out. Then just split it in two, rinse the leaves and get rid of the water in a spinner. This is important because, often, some bugs and dirt can get stuck in the head of lettuce. You don't want to eat that. I found a couple of small little beetles in mine. Not to mention that this will rinse off any pesticides that might remain on the lettuce. 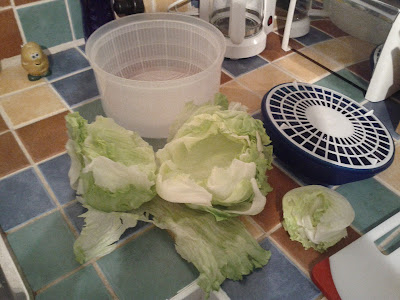 When it's dry enough, store it for later use. I put mine in a large ziplock and left it open to dry up a bit so there won't be too much moisture in there. 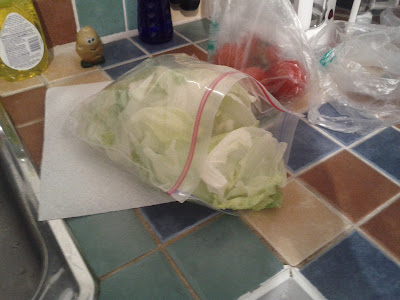 Next, just wash the tomatoes and green pepper, peel the onions and just slice everything up, just like at Subway's. 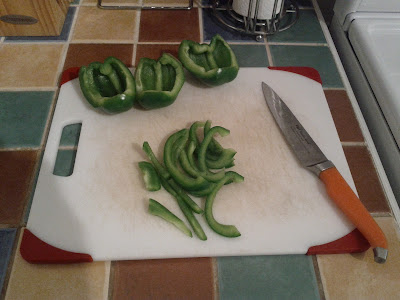 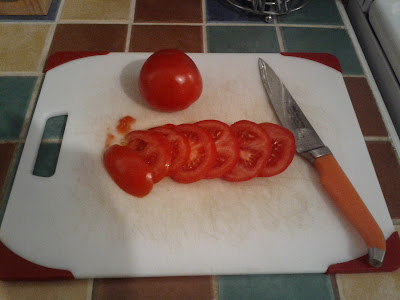 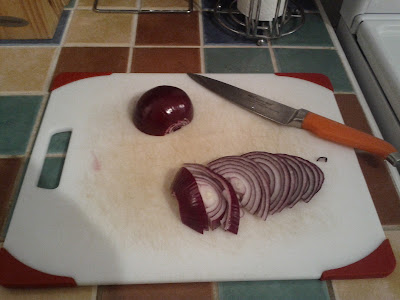 Now for the steak. The great thing about fondue steak is that it's about as thin as the one they put in the sandwiches at Subway. Also, even though it is sold frozen, you can cook it right away in seconds. I just cooked mine in a pan over a little less than medium heat with a little bit of Worcestershire sauce and Montréal steak spice. I cooked two packs of frozen beef in minutes and I had enough to last me the whole week for my lunches. 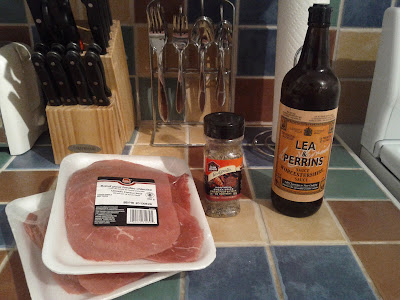 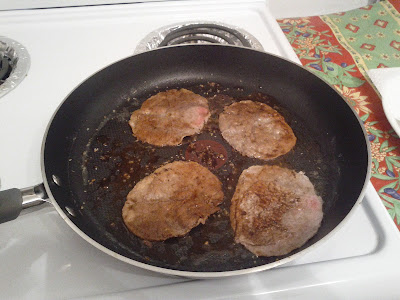 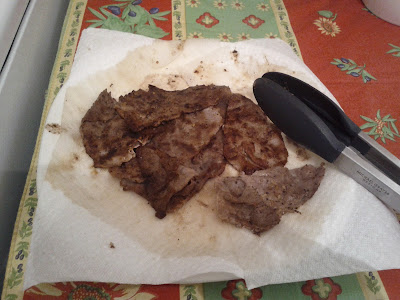 After I was done, I put this all away in the fridge in nice sealed plastic containers. The next morning, I prepared my lunch for work. I sliced one of the breads in half lengthwise and just stuffed it. And then, I covered that sandwich with some spicy southwest chipotle sauce! 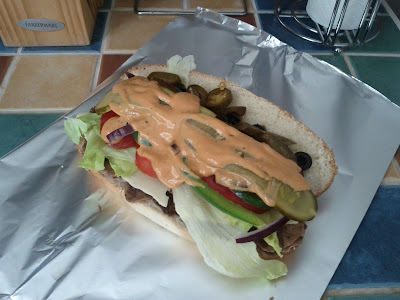 That bread was way too small to contain so much awesomeness. Thankfully, I had extra super mega heavy duty aluminum foil to contain it. Any regular aluminum foil would've exploded like dynamite. I even put it in a Ziplock bag just in case. To that, I added a small bag of Mrs. Vickies kettle chips, some cheese, and a couple of snacks. And there, you had my not Subway sandwich lunch for the day. Just as tasty, probably healthier, a heck of a lot fresher and probably cheaper considering what I would pay to eat at Subway all week versus the amount I paid for the ingredients themselves. And I didn't have to go through smelling that godawful yeast and rotten veggies smell. Hooray for home-made lunches! 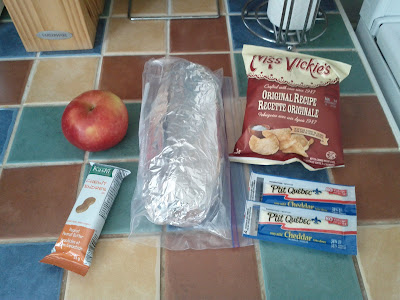 This would've been a complete Subway meal had I
baked some more double chocolate and walnut cookies!