I'm at it again! Another ramen bowl. And every time I add more and more stuff. Eventually, I will make the perfect ramen dinner and then I will be complete and one with the universe! It's not my fault. I was hungry. I wanted a quick meal. And what's easier and faster to make than some motherfucking ramen? I mean, if it were any easier it would come pre-cooked and pre-chewed.

Anyway, I'm going to show you how I made this latest one. I promise it's a lot better than my last one and it looks even more amazing. So, let me get to it! 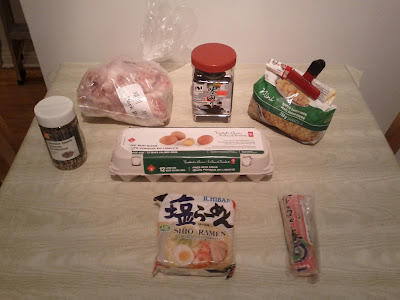 The first thing to do is to take out the frozen pork, grab as many pieces as you think you're gonna need and marinate them in the Kobe sauce for about an hour or two. Just grab some of that ass and put it in a ziplock, add the sauce and throw it in the fridge. 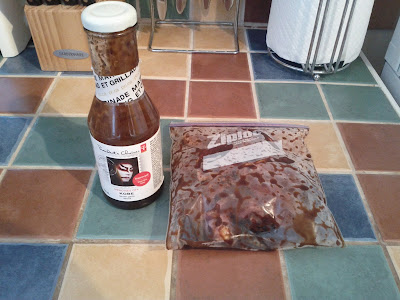 While that's marinating, prepare the narutomaki. I keep mine in the freezer, so I cut it up and let it thaw along with the corn while the meat marinates. 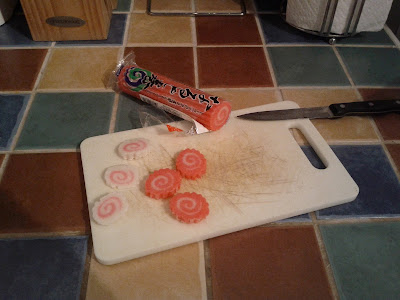 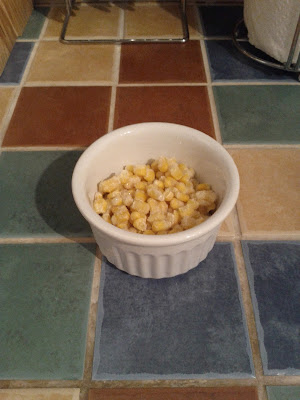 When the meat is ready, start by making yourself a hard-boiled egg. That should be simple enough. Just put an egg in a sauce pan and fill it with water until you have about an inch of water above the egg. Bring to a boil on high heat and when the water starts to really boil, turn off the heat and let the egg cook for 10 minutes exactly. After 10 minutes, empty the hot water from the saucepan and fill with cold water to cool down the egg a little. Then take it out, peel it and set aside. 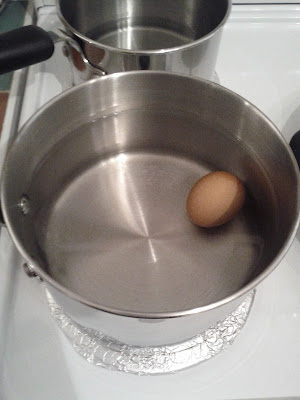 Start cooking the meat. Put a skillet or a frying pan on medium heat and add a small teaspoon of sesame oil. Add the meat and cook it until it's done. It shouldn't take too long. 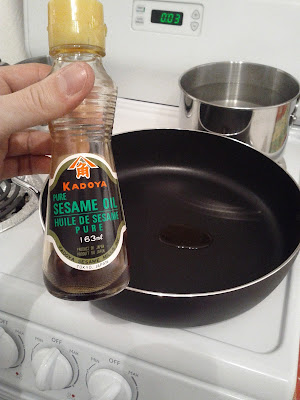 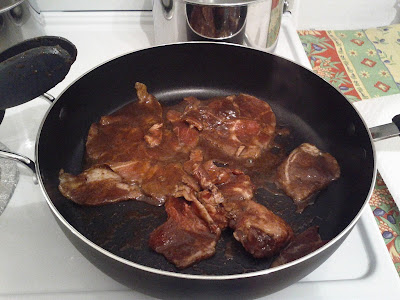 While it cooks, fill up a small sauce pan with about 2 cups of water and set to high. When the water starts boiling, add the ramen noodles and cook as directed on the package. When the noodles are almost done, add the corn and let it cook a little while longer. Then turn off the heat for the soup and check if the meat is done. If it's cooked, turn off the heat and start preparing your bowl of soup. 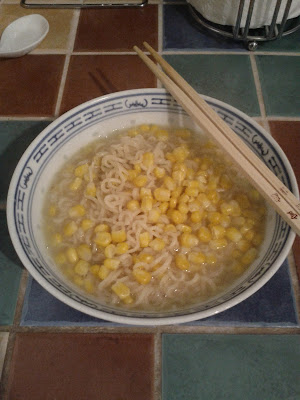 Once you transferred the ramen to a bowl, cut the hard-boiled egg in half and place it on the soup. Also put the narutomaki slices and the pork, then sprinkle with the sesame seeds and add the toasted seaweed for decoration. Add the chopped green onions before the sesame seeds if you have some. 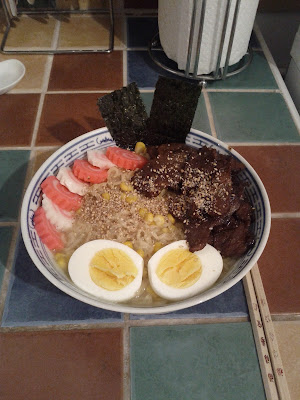 And there you have it. A delicious bowl of awesome.
Posted by Stephane at 23:49