I haven't cooked in three weeks. Shame on me! I've been making myself lame-o sandwiches for lunch the past two weeks and I'm seriously sick of it. Even though I work downtown now and have access to a million amazing restaurant, I just don't have the budget to eat out every single day. Plus, it's not like restaurants are really careful about what ingredients they use, as long as it's tasty. So it's not necessarily as healthy as a home cooked meal where you carefully use, say, margarine instead of butter, or fat-free Greek yogourt instead of sour cream, etc. Anyway, I've just been very busy the past few weeks due to a bunch of events happening like office parties and get togethers with friends. I miss cooking myself a nice meal. It's a stress reliever for me and I also feel so much more at home and comfortable when my whole apartment smells all nice.

But tonight, I treated myself to something VERY special. My flat neighbour is French - European. Him and his girlfriend went to France to visit some of his family and travel around his country and do some sightseeing. He stayed there for two weeks and brought back some goodies when he flew back to Canada. This weekend, he knocked on my door and handed me a plate with a sample of fine stinky French cheeses that he brought back. I was so surprised and happy! I freakin' LOVE cheese. He told me to get myself some nice wine and savour them. Tonight, that is exactly what I did.

After work, I walked to a big SAQ downtown. It's located on De Maisonneuve just a block east from The Bay. I asked the clerk there for something to accompany some fine strong cheeses. At first I wanted to have port wine with it. A coworker, who's a big wine connoisseur, recommended Otima and the clerk recommended the exact same thing. But, she said that instead of port wine, I should go with a white wine that compliments strong cheeses instead. She recommended a wine from the Domaine de Bellivière called Les Rosiers. It's a Jasnière of Apellation d'Origine Contrôlée from the Loires Valley in France. It was fairly priced so I decided to give it a shot, even though I don't usually like white wine. Who knows, it might be useful if I have any guests over this weekend. 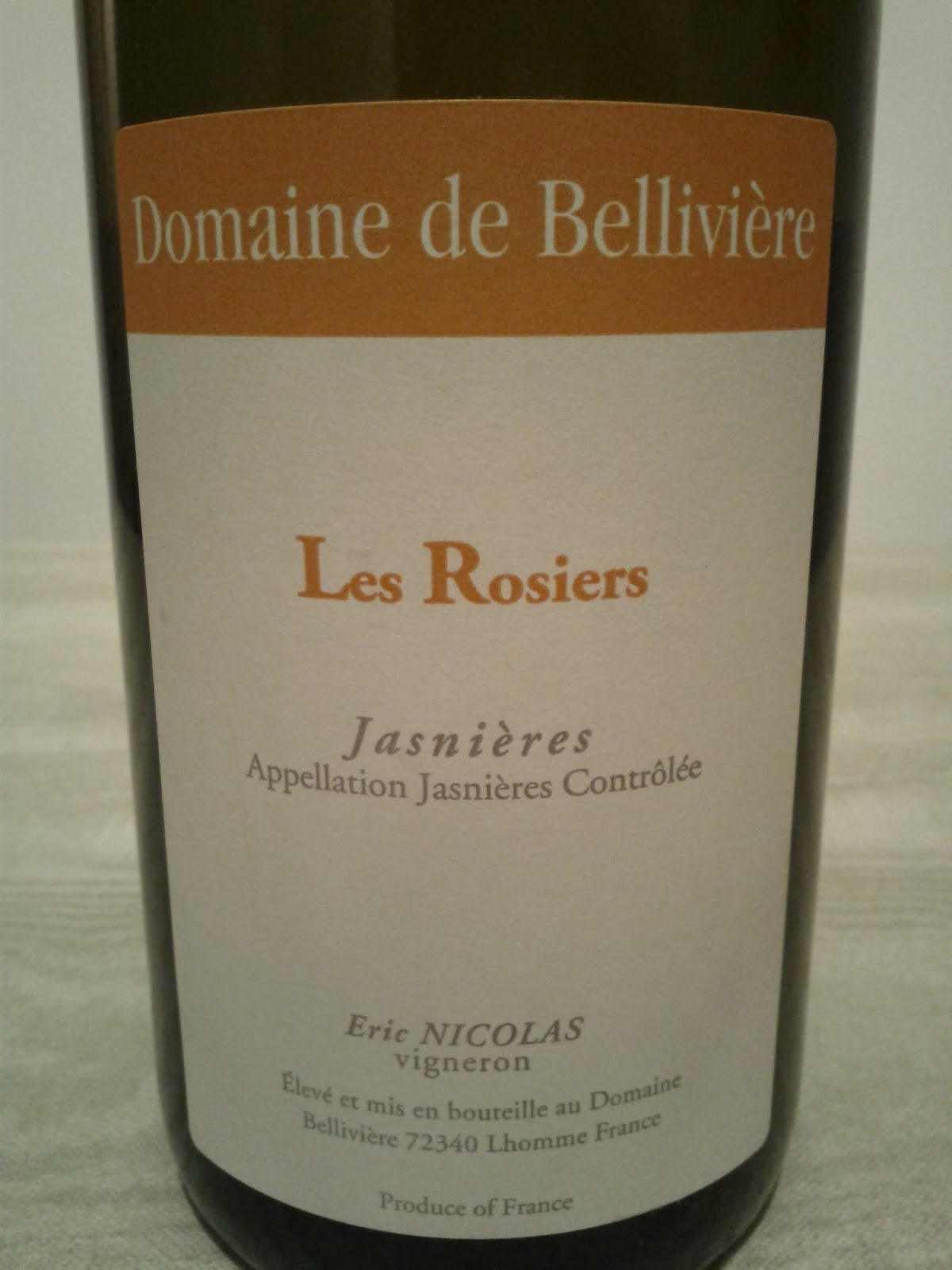 When I got home I stuffed the bottle in my fridge next to the cheese. The cheese had been there for two days and it was stinking it up something fierce. I took the cheese out and let it rest on the counter for an hour as per recommended by my neighbour. When the wine was chilled and the cheese had rested long enough, I poured myself a glass and sat down to taste those cheeses. I was not disappointed. 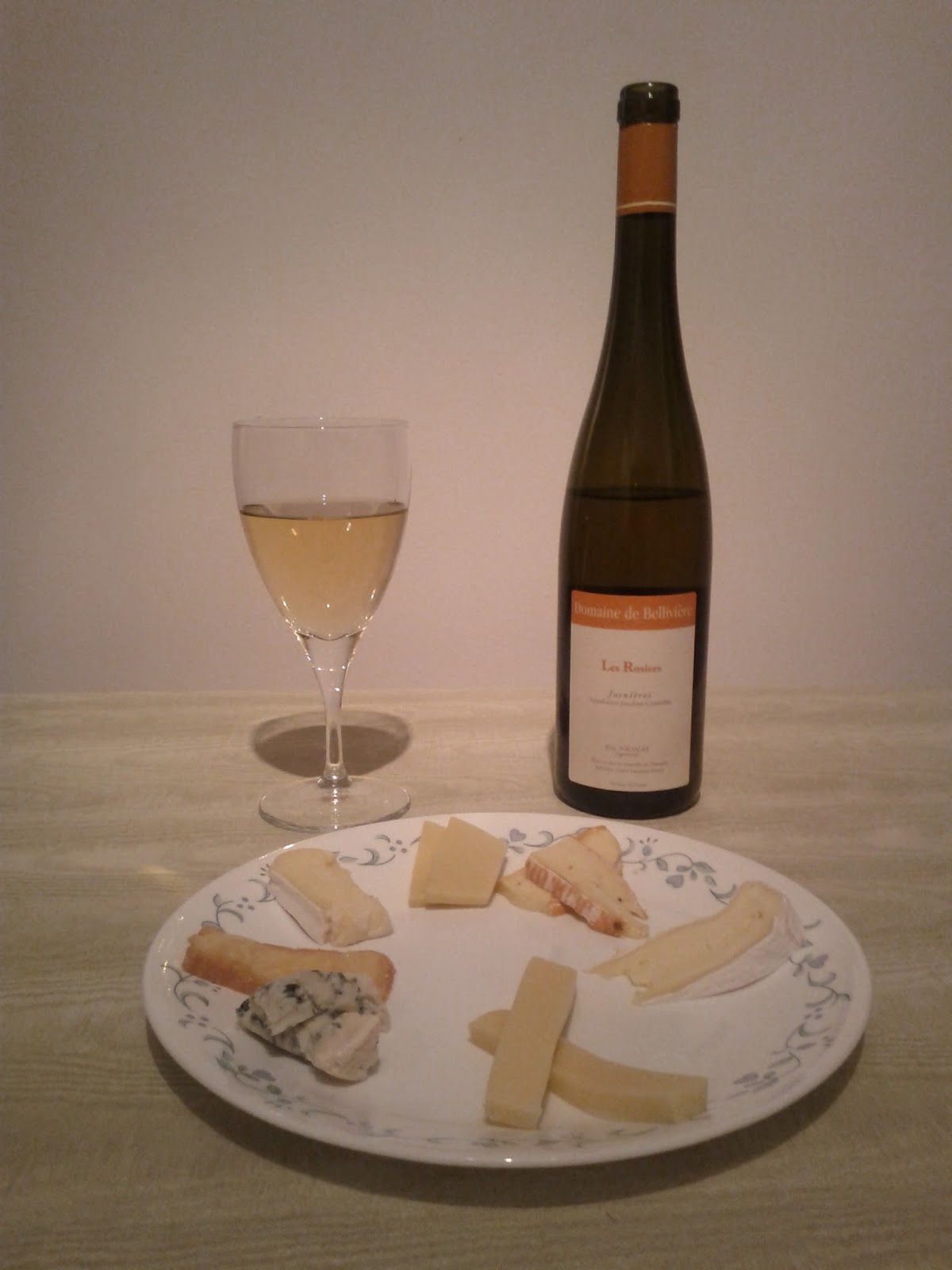 This is just a small sampler. There is some strong cheddar in there, Camembert and brie I think and Roquefort (blue cheese). Some I forgot what they were called. The cheese had flavour. I mean the taste was there. It was unique and beautiful and just pure cheesy bliss. I don't know how to describe it, but the flavour was just so present, it made every other cheese I ever had taste bland. It's quite the experience. But, the most intense, by far, was the Roquefort. It was so creamy and the taste was so intense. Even way too intense for me and I love blue cheese. Every bite I took, I had to take a sip of wine. Oh and I forgot about the wine. It was one of the best white wine I had and it really went well with the cheese. The taste was very soft and fruity and not too acid. I liked it a lot and accompanied the cheese superbly! If ever you are doing a dégustation de Vin & Fromage (wine and cheese tasting) I would highly recommend this wine as per my experience!
Posted by Stephane at 23:56